I almost threw up on my pillow last night. No, my pillow didn’t do anything to repulse me. It was just lying there as pillows tend to do. It’s this damn cold and my body’s apparent need to rid itself of it by plunging me into esophagus-splitting coughing fits. And, common side effects of said coughing include peeing oneself and vomiting in a manner that would have landed me the starring role in the Exorcist.

Except much less green. What the heck have they been feeding that girl? Pistachio pudding?

Yes, the human body often betrays its owner. For instance, I harbour deep-seeded fears of vomiting on a customer’s forehead or accidentally urinating on a coworker’s shoe. It could be worse, however. I could be the woman whose farts forced the landing of a plane.

In December 2006, an American Airlines flight was forced to make an unexpected landing in Nashville after passengers reported smelling burning matches. The travellers were evacuated and bomb-detecting dogs were brought in to sniff out the problem, locating a stash of used matches under one passengers seat. The seat’s occupant admitted to the FBI that she had been lighting the matches in an attempt to hide her flatulence brought on by a medical condition. Wow. That’s gotta blow.

Speaking of blowing, if you have ever had a head cold, you know how annoying it can be. You blow and blow and still, your nostrils remain clogged shut. Imagine how this man–often referred to as the record-holder for the world’s largest booger–felt.

And, before pushing play, I should warn you that this could lead to you doing your own Exorcist impression.

Ack! Right? I’ll wait while you go grab the mop.

The human body is a mysterious and, oftentimes, uncooperative and somewhat masochistic thing. But it can also be a source of great amusement. 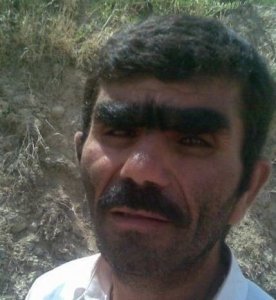 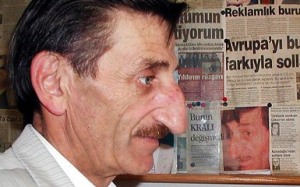 And bladders  have a mind of their own. No one’s body cooperates all the time. I have to go change my diaper.