I am constipated. Unfortunately, this is all I can think about right now. And, as a result, this preoccupation will be reflected in today’s writing. After several false alarms where I thought I was actually going to get some relief, only to find a mere smattering of constipation pellets in the bowl, I have decided to give in and consume the toxic-tasting–but extremely effective–slurry of mystery ingredients all ending in “xide” and “trate,” otherwise known as Milk of Magnesia.

The name, in itself, is misleading. Milk does not taste like a combination of mint, chalk, and fish oil. And “Magnesia” sounds like a derivative of “magnificent,” which I can assure you, it is not. It also makes me think of the Rational Youth song, Saturdays in Silesia—which sounded better in the eighties. 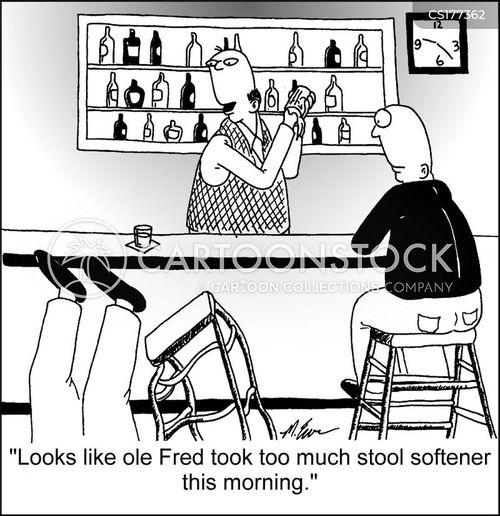 So, anyways, my guts are rumbling.

As you already know, I am completely neurotic. And my sloth-like colon has given me something new to worry about. What if my intestines simply explode? I just had the kitchen walls painted.

1) Thankfully, after a quick perusal of Google, I have learned that my situation is not quite as dire as I first thought. Back in 2013, a housewife in Mumbai underwent what, in my opinion, would be a horrifying surgery. They removed a “football sized” lump of crap from her colon. And, wait, it gets worse. This poor woman had not had a bowel movement for 45 days. Yes, that is over 6 weeks without pooping. I have 43 days to go.

2) It seems that some people have the opposite problem. They can poop anywhere at any time. In fact, they can perform a rectal flush on command. With an audience.

In case you haven’t already encountered this case, meet the crazy feces-flinger from British Columbia, Canada. Not only did she yank down her drawers in the middle of the donut shop, but she proceeded to take a dump, pick it up and fling it at the employees. I bet everyone involved had a crappy day.

3) I really shouldn’t complain about constipation. It could be worse. I could suffer from explosive diarrhea. Or worse–explosive nocturnal diarrhea.

Imagine having to get up several times each night to relieve your screaming bowels. Knowing my luck–I have, after all, thrown up on my steering wheel–I would get the explosive diarrhea without the “getting up” part. My husband and, heaven forbid, my stuffed animals would be covered in excrement. My husband is, at least, washable. Although, he’d never let me hear the end of it. “You crapped all over me last night. Blah, blah, blah…” So much drama.

Well, the Milk of Magnesia is starting to work. Time to grab the Poo-pourri.