“I got this powdered water – now I don’t know what to add.”  Steven Wright.

When Mike and I were driving home from Ottawa yesterday, we wound up smack-dab in the middle of two New Hampshire-plated TomTom mapping vehicles.  They had massive metal contraptions on their roofs that looked like 360 degree (I can’t find the “degree” symbol on my keyboard) cameras.  I, of course, had to wave frantically.  How often do you get to be a TomTom sandwich?

The vehicles looked just like this one that was spotted in Colchester, Vermont, which also has New Hampshire plates.  So, somewhere out there, in TomTom’s head office, someone is busily editing out the footage of the stupid red-headed girl frantically flapping her appendages at the green Toyota.  Isn’t that why they have big orange hands painted on them in the first place?  Aren’t they encouraging us to wave?

The great thing about waiting in the doctor’s office for an extended period of time is that I had a huge selection of magazines (albeit ones from several decades ago that sickly hospital hands have touched.  I hope you appreciate the perils I face in the name of knowledge).  Magazines are a great source of useless information.  And I thrive on useless information.  So, here’s what I found out: 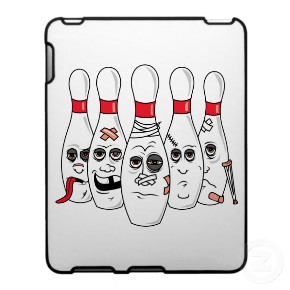 1)  The first magazine I encountered was a ratty and aged edition of Canadian Living.  I’m almost certain that many Bubonic humans have coughed and sputtered all over this one.  This isn’t usually my type of fare, but I did manage to find a good pasta recipe (which I surreptitiously ripped out, folded into neat squares, and slipped into my purse).  Oops.  Did I do that?

With my trusty recipe in hand (or in purse), I soldiered on and learned something very interesting…Canadians have invented some pretty cool stuff.

Loyal readers were presented with a poll which contained a list of “5 Cool Canadian Inventions” and asked to vote on what their favourite was.  Here are the results:

1.  Zipper  (Without Canadians, the world would probably have Velcro flies and that would just be weird).

2.  Blackberry  (Sorry, but I’m not a fan of the whole “cell-phone-permanently-attached-to-the-face” craze, so this would be at the bottom of my list.  But it is nice that iPhones have some competition).

4.  Walkie-Talkie  (The precursor to the cellphone.  Damn, we are to blame.)

5.  5-Pin Bowling  (I voted for this, but apparently, I am alone in my appreciation for this Canadian invention.  But, seriously, it’s way cool!  Smaller balls that fit nicely in little hands.  And, if you grew up on the Flintstones like I did, you will know that the 10-pin bowling ball can inflict all sorts of damage to your foot or to your best friend’s head.  Plus, it is way easier to keep score in the Canuck version.  Even I can manage adding up to 15). 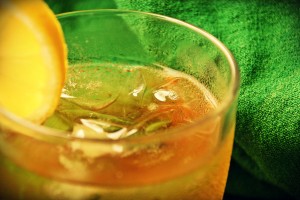 2)  The next little gem comes to you care of Chatelaine magazine.  Again, this isn’t my favourite, but it also added some great recipes to my handbag.  Seriously, who could resist Chicken, Mango, & Brie Quesadillas?  Not this girl.

I have never been a fan of ice cubes.  If a beverage has been in the fridge, I will forego the ice cube every time.  It just makes your drink watery.  If I want a watery drink, I’ll drink water.

Turns out that everyone I know and every restaurant I have ever been to has been making ice all wrong.  To avoid flavour loss, you should make your ice out of the beverage that you will be putting it in.  Having a pitcher of ice tea?  Make ice cube with ice tea.  Who knew?  Like I said–no one.  Such an obvious solution too.

3)  One would think that a highbrow magazine like The New Yorker would be teeming with wonderful gems of knowledge.  Think again.  This magazine, for the most part, gave me a headache.  Seriously.

I remember an episode of Seinfeld in which Elaine struggled to understand a New Yorker cartoon and even after a lengthy discussion with the other characters, she was unable to decipher it.  Well, I now completely empathize with her conundrum.  For the life of me, I don’t get the humour in the comic pictured here.  Okay, so a guy is walking a bowling ball and a woman is walking her pins…10 of them, I might add.  Is this “love is just around the corner?”  Maybe.  Is it funny?  No.  It feels like a feeble and unfunny attempt to enter the bizarre (but humorous) world of Larson’s The Far Side and makes me beg the question–what does it mean?  Will they fall in love?  Or will his bowling ball pound the crap out of her pins?  Please…can someone explain this to me?  Seriously, I didn’t understand a single cartoon in the entire magazine and I really want to comprehend just one.

P.S.  Does anyone know how to do a degree sign in Word?