My dad worked for one of Canada’s Big 5 banks, and up until I was around five years old, I believed that his bank was, by far, the best.  So, what earth-shattering event took place at such a young age that could destroy a child’s faith in the high world of finance?  I admit that a grade one student whose entire financial experience resided in a tiny copper piggy bank hadn’t likely developed a understanding of banks at all–they were big building that had lots of money in them.  And one of them had a desk  for my dad.  So, okay–I didn’t exactly have a huge emotional attachment to any institution.   The only objects that I truly trusted were my rubber Avon Snoopy soapdish, my talking Bugs Bunny, and a hand-made British bear  that seemed to suffer from an identity crisis–it “mooed” when I turned it upside down.  Don’t ask.

My Snoopy soapdish looked like this. And I loved him.

The day that I learned that my “daddy’s work” sucked began with a giant set of Tinker Toys.  Don’t get me wrong.  Tinker Toys are great.  They are, perhaps, the greatest toy ever created.  And these weren’t just ordinary sticks and connecting wheels.  These were GIANT.  The problem with these particular Tinker Toys was that they had the audacity to show up at the home of my arch nemesis.  Yes, I had one of those.

Seriously, what kid wouldn’t want to build their own Flintstone car?

He was a short redhead–much like myself.  You would think we would have been great allies.  But he was a natural sniveler who loved to run to his mother every time one of the other neighbourhood boys gave in to the temptation to punch him in the freckle, push him off the monkey bars, or step on his throat.  And, as the lone girl amongst a gaggle of boys, he often pointed his accusatory (and nose-picking) finger in my direction.

Some kids just seem to scream out “step on my throat.”

And his mother was an equal opportunity yeller.  She had no problems screaming and waving her manicured finger (which I also suspect spent a great deal of time up her nose) at me too.

Monster kid loved to get other kids in trouble–hence the permanent shoe print on his larynx.  His favourite method of torturing me was to jump on my bed as loudly as he could, wait for my mother to come in and tell us to knock it off, and then point his aforementioned snot-digging digit in my direction and say, “she did it.”  My mom was on to his evil ways, and simply rolled her eyes–at least that’s what my 45-year-old self imagines that she did.  It turns out that the big square lightshade over my bed was tired of this kid–and it was determined to do something about him. 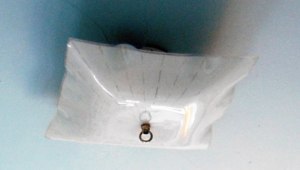 Look at it. All innocent looking. But what is it really thinking?

Shortly after, brat boy was leaping his little heart out–as if he actually had one–soaring higher and higher into the air.  He grinned and let out a maniacal laugh, which must have infuriated my lightshade because the next thing I knew, its corner was stuck in the side of my nemesis’ head.  I was horrified.  And impressed that the kid had actually jumped high enough to hit the light in the first place.  But I was mostly horrified.  I imagine that I quickly scooted my stuffed friends off my bed and away from the wounded kid’s blood–and cooties.

It’s damn hard to get blood out of fun fur.

That is also the day that I learned that people could actually be “sewn” back up.  Freaky.

And, from that moment on, I looked at my lightshade with a new-found respect and awe.  On the one hand, I was thankful for its display of allegiance.  But, I was also leery of ever getting on its bad side.

Humans are like “build your own bears.” They CAN be stitched back together.

But I must get back to the Tinker Toys.  Yes, it did bother me that this whiny little monster had a set, while I had to be satisfied (which I no longer was) with a regular, 5-year-old hand-sized, wooden set of sticks and connecting wheels.  Yes, I could make cars–but I could NOT sit in them.  This disturbed me to no end.

The biggest problem with these gigantic Tinker Toys was that they were a gift from his father’s employer–another one of Canada’s big 5 banks.  My father, who I thought was the smartest man in the world, had made the horrifying error of working for the wrong bank.  The one that gave out free pencils with their logo on them.  Big whoop.  And not the one that gave out mammoth-sized children’s toys.

Hm. Maybe I could have had fun with those damn pencils.

So, today I have decided to celebrate some of the best toys–giant and regular sized–that played an important role in my childhood.  And to everyone else who is between the ages of…er…forty and fifty, these may bring back a few memories for you too. 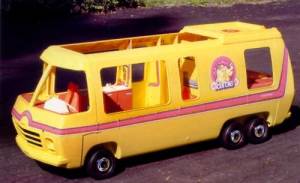 Santa and his “elves” endured a very late Christmas Eve due to “some assembly required” and a whole whack of little stickers. 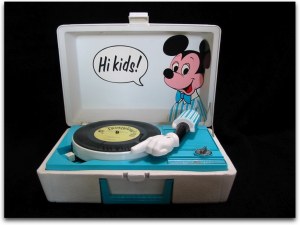 My very first hi-fi. I actually played Humble Pie on this baby.

I can’t believe I actually found my favourite puzzle online!

I know that I’ve always said I hated dolls. I should say that I hated non-Barbie like dolls. Charlie’s Angels were cool. 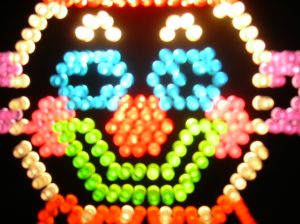 Loved it when the cars went flying off the tracks.

Yup, I tumbled me some rocks.

I don’t think my mini pinball game had astronauts on it–but it was orange. 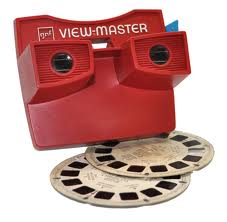 Loved to watch the Brady Bunch episode where Cindy and Bobby get lost in the Grand Canyon. Unfortunately, they were found. Alive.

What were your favourite childhood toys?  And, did you have an arch enemy?